Napoli striker Victor Osimhen faces an operation on Tuesday after suffering multiple face fractures following a clash of heads during the weekend defeat at Inter Milan, the Seria A leaders announced on Monday. 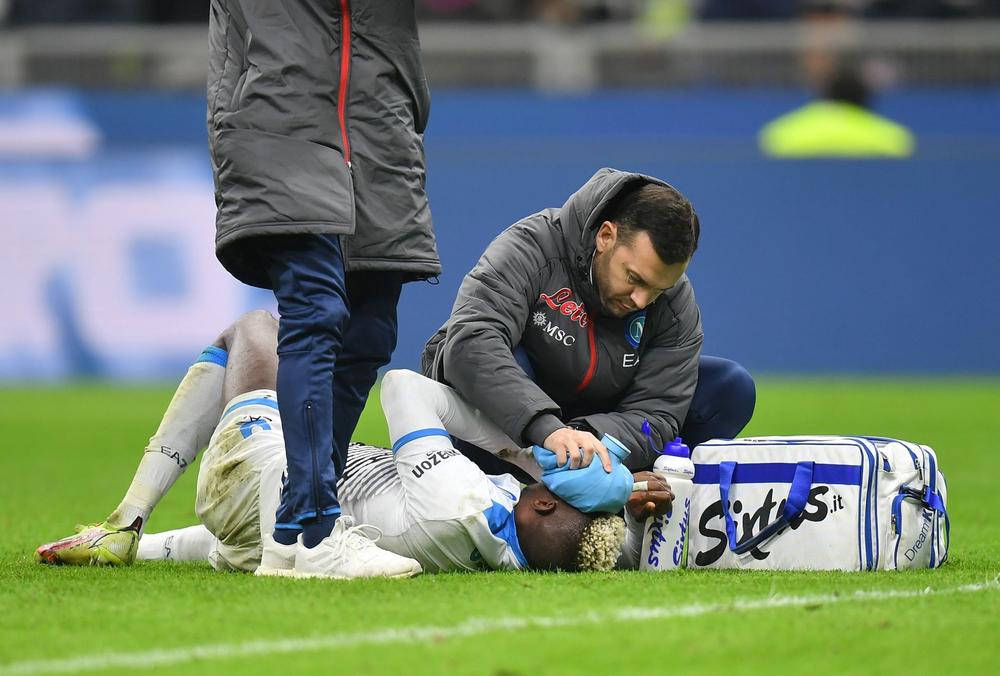 The Nigerian, who had to spend Sunday night under observation in a Milan hospital after the match at the San Siro, “will return to Naples in the evening” on Monday, Napoli said on its website.

“He will remain under observation and will be operated on tomorrow (Tuesday),” it added.  The 22-year-old managed to walk off the pitch, clearly dazed and with a swollen face, after being flattened in an aerial challenge with Milan Skriniar. Tests revealed “multiple displaced fractures of the left eye socket and cheekbone”.

No deadline has been communicated for Osimhen’s return to action but the Italian press has forecast at least a month’s absence, which would rule him out of Napoli’s fixtures for the rest of the year. It could be even longer before he plays for the club again as he is due to play for Nigeria in the Africa Cup of Nations in Cameroon which runs through January with the final on February 6.